If you have always wanted to ask me something, now is the time to go for it!
info@marcrainer.com

How to Order the Books: All seven books in the Jeff Trask series are sold by Amazon in the kindle and book stores. The first book in the series is "Capital Kill;" the second is "Horns of the Devil;" the third is "Death's White Horses;" the fourth is “A Winter of Wolves,” and the fifth is “Death Votes Last.” The sixth book in the series is “Mob Rules.” The latest book, "The Grinding Wheel," is available for preorder on Amazon, to be released June 8, 2021.

The fourth book in the series, "A Winter of Wolves," deals with such issues as lone wolf terrorists and the conflicts within the federal government putting America at risk. It is available in paperback and kindle from Amazon at this link:

“One doesn't expect a crime drama in a series to also hold many political comments from modern dilemmas; but author Marc Rainer, in his prologue, makes no apology for the fact that his story line takes a political stand in its exploration of a senator's death and how federal prosecutor Jeff Trask and a team of FBI agents and police officers face big challenges in not only solving one murder, but prosecuting others. Can a killer receive a fair trial in Washington, D.C. when the capital is riddled with special interests and influences on the outcome?

These and other questions are brought to the forefront in a crime drama well immersed in political process and questions of justice. Jeff Trask finds that his job is complicated by Washington's political polarization, and also faces prejudice, a deeply divided U.S. Senate, the specter of a Democrat responsible for a Republication's demise, and killers at high levels of office affected by Presidential politics and grand jury processes.

All this might lead newcomers to believe that Death Votes Last's story line requires prior familiarity with the Jeff Trask series, politics, or legal matters; but readers need have absolutely no political or legal background in order to appreciate the events that unfold in this vivid drama.

Nothing is cut-and-dried as Jeff Trask faces many conundrums, and this is another satisfying piece to a story line that will prove as riveting for non-lawyers as it will to members of the legal profession or those already familiar with Washington politics.

The result is a gripping, intriguing, complex crime drama especially recommended for readers interested not just in being entertained, but in learning more about courtroom proceedings and the logic behind investigative routines.”

"Lawyer Jeff Trask is just settling into his new job as an Assistant U.S. Attorney when he becomes embroiled in a high-stakes international case that could break an already-strapped legal system . . . Characters are well developed, and the elements are assembled so seemlessly that the story feels fresh.   Rainer's attention to setting also shines through.  The streets of Washington, D.C. come alive; those who have lived or worked in the nation's capital will recognize Rainer's cunning use of of seedy locales to give the action in the book a realistic tone . . . Trask, an engaging main character, works to find out who is behind the heinous murders plaguing D.C.  Despite being extremely intelligent, he comes across as an everyman . . . The book's intense action, realistic tone and memorable characters will keep readers engrossed in this thriller with a superb payoff." - Kirkus Reviews

"Marc Rainer has joined the ranks of trial attorneys turned fiction writers with "Capital Kill," a legal thriller that gives us a worm's eye view of the War on Drugs in the streets and courtrooms of urban America. Along the way, Rainer introduces us to a colorful cast of the goodest of good guys and baddest of bad guys, and what may be the most diabolically inventive method of homicide since the south end of King Edward II met the north end of a red-hot poker. The result is a fun ride for fans of the legal/police procedural genre that will leave them eager for the inevitable sequels . . . The climax is a blockbuster - it's as good as anything I've read in courtroom fiction." The (AF JAG) Reporter

"A realistic and impeccably researched thriller with a "ripped from the headlines" feel, Capital Kill will appeal to fans of police procedurals. CSI and Law and Order fans take note. The author's own experience as a criminal prosecutor in Washington DC infuses this story with an air of credibility that cannot be ignored."  Judge, Writer's Digest Self-Published Book Awards

"The best crime drama I have read in a long time." Editor, EBookObsessed

"It is obvious that the author knows of what he writes. The descriptions of police and lawyers, both in their private lives and work, are spot on. Mr. Rainer is also capable of writing a hell of a good sentence. An excellent procedural thriller. The cast of characters on both sides of the law is rendered with meticulous care. The love story woven in is warm and right. I can safely recommend Capital Kill to anyone who wants a thrill, scented with a word of truth." Palmetto Reviews

Horns of the Devil

"Another great thriller by Marc Rainer. We are along for the ride with both the investigators and the killers, but just like our investigators, until there are enough pieces to put together we can't figure out the whys and wherefores of what is happening. With an author who doesn't hesitate to harm a character, either major or minor, it keeps you on your toes wondering if the killers might just win this time. An intriguing story with great characters in real danger. Like any good thriller, it kept you guessing until the very end. If you love a good thriller, I recommend giving this new author a chance."﻿ Editor, EBookObsessed

"With Horns of the Devil, Marc Rainer has given us another brilliant ride, a genuinely suspenseful book full of intrigue and action, the twists often leaving the reader in fear for the characters they've come to love. The pace of the novel is fast and right. The dialogue is laid down with perfect pitch. The command Mr. Rainer has over his material, the pure writing skill on view, not only keeps things flowing, but never lets it seem that anything going on is less than real. All the way through this fine novel you are left on the edge of your seat, right until the end, where there is one more twist waiting. The whole tale is unnerving and great fun." Palmetto Reviews

Horns of the Devil has been recognized by Shelf Unbound magazine as a Notable Indie Book for 2013. 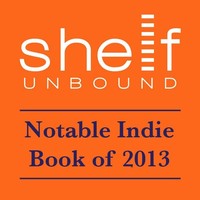